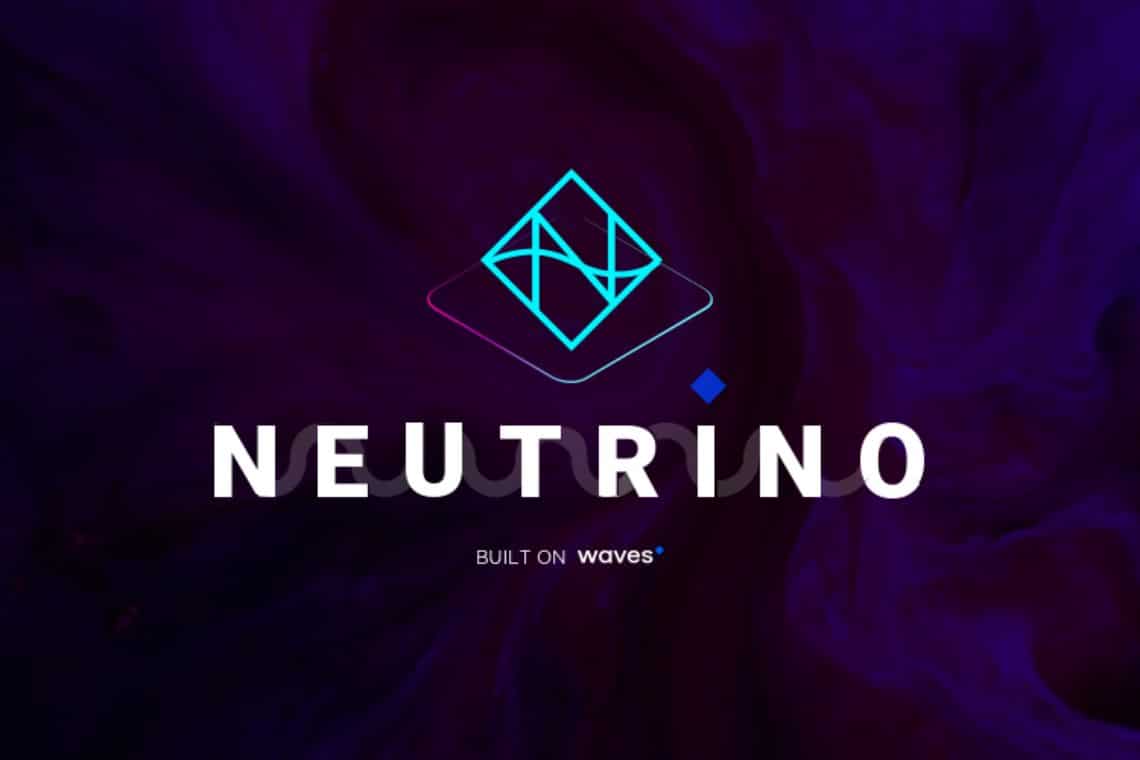 Among the latest offers in the crypto investment market is the USD-pegged stablecoin USDN that promises an ROI for staking of over 13%.

Can you really earn that much with a stablecoin – and if so, where do these rewards come from?

Where to invest – in high-income tools like crypto staking and lending or in more reliable stablecoins? This question is now on many crypto investors’ minds.

On the one hand, it’s natural to want to maximize the profit, but on the other, it’s better not to risk too much during the crisis. For instance, staking coins do yield a high default reward, but they are also very volatile.

Therefore, when I saw a banner advertising USDN staking on Waves.Exchange  at 13%, I was instantly curious. Even more interestingly, when I visited the staking page again a couple of days later, the APR (annual percentage rate) had risen to 13.8%. 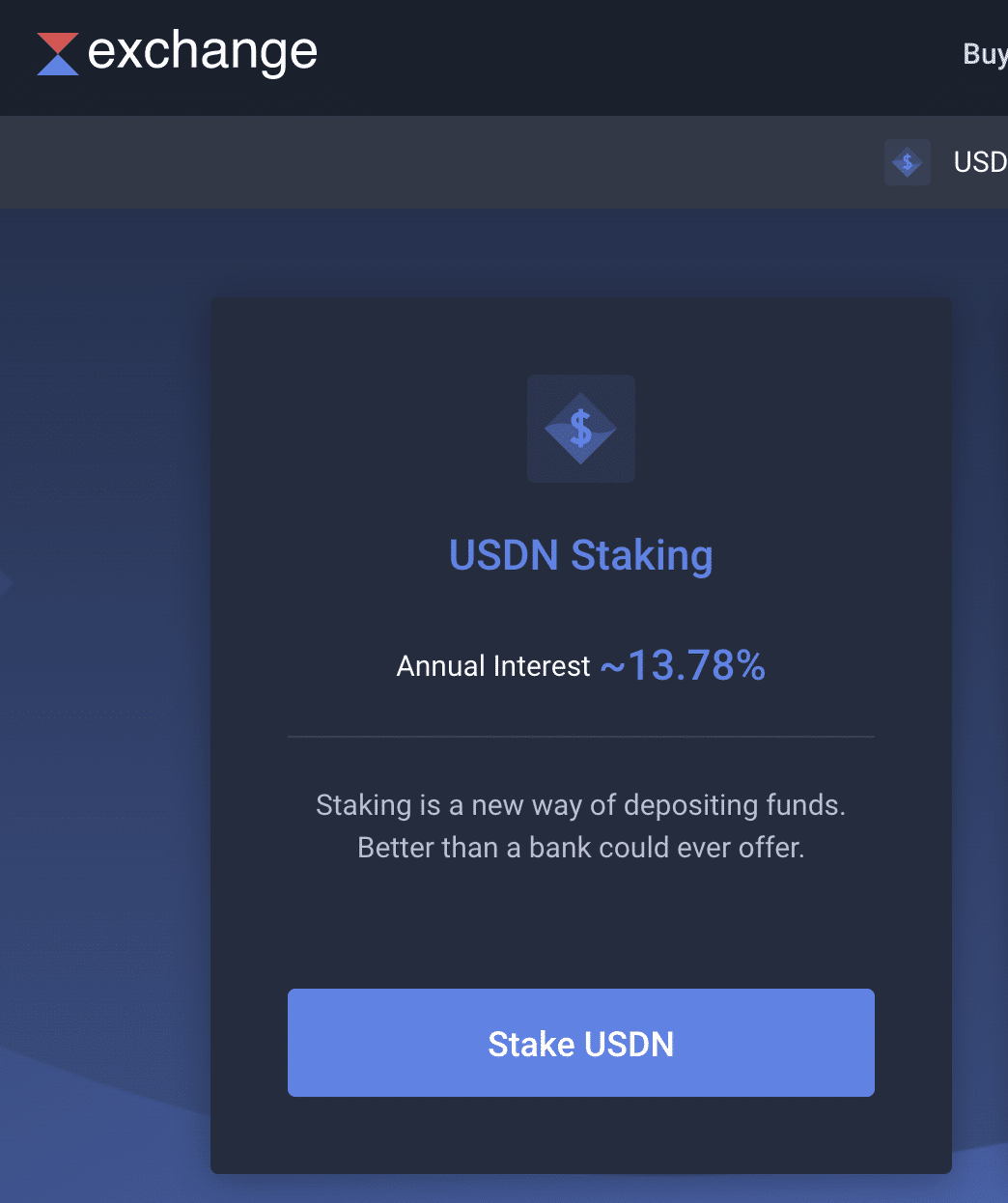 The prospect of earning 13% in stablecoins – that is, without volatility – is definitely attractive. However, I was suspicious: how can a stablecoin yield such a high interest? Or why did the figure on the website suddenly grow?

And by the way, how can you even stake a stablecoin? All the popular stablecoins (USDT, USDC, DAI, BUSD etc.) are ERC20 tokens, which, as we know, doesn’t support PoS staking yet.

Obviously, I wouldn’t jump in and invest in an unknown coin with such a high yield.

However, I couldn’t simply brush USDN off as a scam without taking a closer look first. So I decided to conduct a little investigation to find out where those 13% come from.

Before we analyze the source of USDN staking revenue, let’s compare it to the reward rates offered by other assets. Are 13% a lot or a little in the current crypto investment landscape?

One should remember that the APR is formed differently in staking and in lending. Crypto loan interest rates fluctuate following supply and demand, while staking reward rates are built into the coin algorithms.

On the other hand, staking coins are very volatile, and a sudden price drop can ‘eat up’ most of the reward. By contrast, crypto lending relies on stablecoins, so the interest you earn there is protected against market fluctuations. To put this in simple words:

Of course, what a regular investor wants to know is where they can earn more. Here is a table of lending interest rates for late July 2020.

As you can see, the highest APR available was 9% (USDC).

Now let’s look at the default reward rates of staking assets. Many of them are available on Binance: 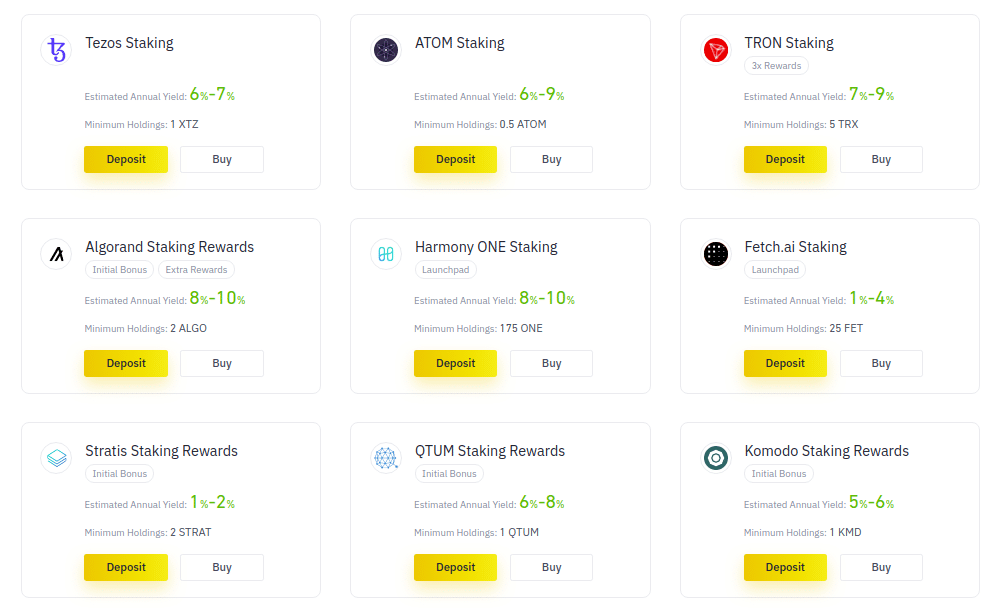 The best you can hope for is 10% – and once again, you have to remember about volatility risks.

Thus, the 13% offered on USDN (Neutrino USD) is one of the highest interest rates in the market. Where does it come from, though?

Investigation starts on the homepage

Naturally, the first place I looked was the staking page on Waves.Exchange. 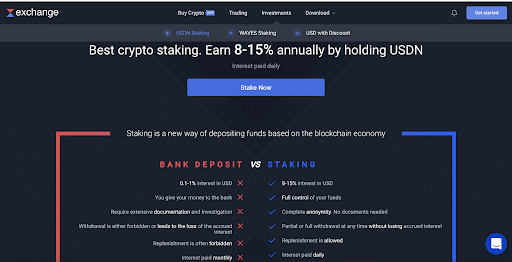 The terms are more or less the same as with any quality staking product: daily payouts, withdrawals without a penalty etc. You can also buy USDN with a bank card without any fees, which is rare for such coins:

What the page doesn’t describe is how the interest is generated; it only mentions that the USDN exchange rate is pegged to the US dollar. I believe it would be better to publish the info on reward calculation on the main staking page, because this is the first question that any cautious investor will ask.

Looking deeper into the FAQ

At the bottom of the main page, I found a link to the FAQ. Unfortunately, it’s not too informative. (Update: I contacted the project team and found out that a new, much more detailed FAQ is on its way.) From the FAQ, I found out the following:

As for the rewards proper, the FAQ has only 4 lines on the matter:

“Rewards come from payments for the generation of new blocks and transaction fees on the Waves Platform. Staking rewards are automatically sent to the Neutrino smart contract, converted to USDN at the current market rate of WAVES and sent to stakers. Waves block generation is governed by the protocol’s decentralized monetary policy.”

Have you understood anything from this explanation? I didn’t, so I went searching for a White Paper.

The secrets are revealed

Finding the USDN White Paper turned out to be surprisingly hard. Finally I found the  beta of the Neutrino dApp, where you can buy USDN directly from the smart contract by sending WAVES to its address. There, in the Docs section, I discovered the answers to my questions. 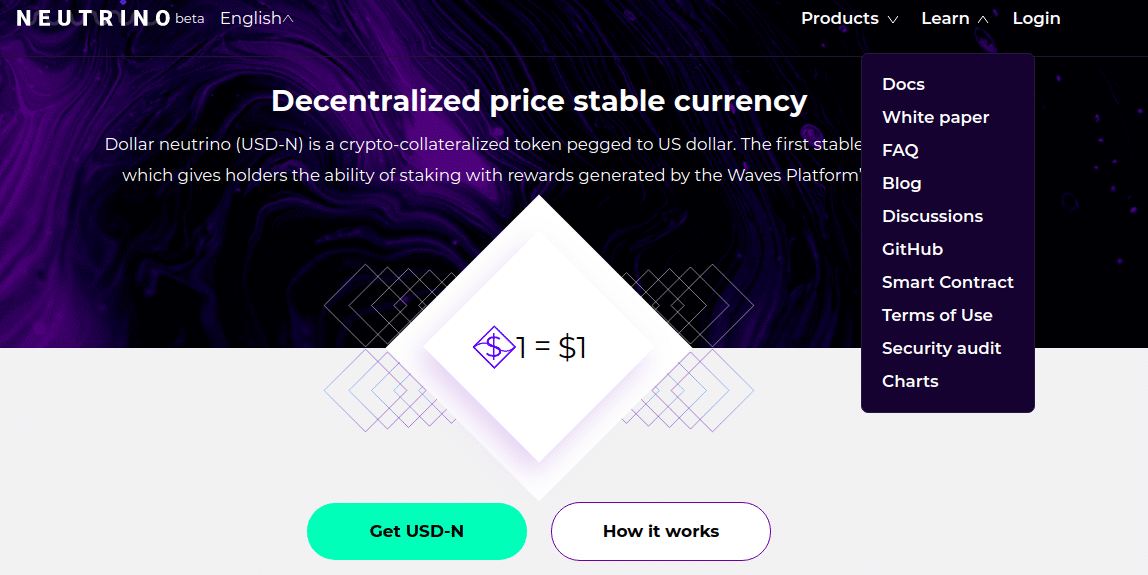 The APR of Neutrino USD is generated as follows:

6. The APR of USDN staking constantly fluctuates depending on the price of WAVES, the number of USDN in circulation and the share of USDN in staking.

To better understand the reward dynamics, I asked the team several questions on Telegram. It turned out that in the first half of 2020, the interest rate remained at 8-10%. In July, there was a WAVES rally, while the share of USDN in staking fell, producing an increase of the APR to 20%. By the way, the figure on the website is the two-week average.

Summing up: should you trust the high interest rate of USDN?

After I spent hours researching Neutrino USD, I came to the following conclusions.

When I first read about the 13% interest rate, I was suspicious. Once I’ve researched the staking procedure, I realized that the protocol does work. However, far from all investors have enough time or expertise to carry out such an analysis. Let’s hope that the team publishes more information on the technical aspects of Neutrino USD (USDN) – both on the website and in the media.

The post Can USDN staking really yield 20% in stablecoins? An independent investigation appeared first on The Cryptonomist.